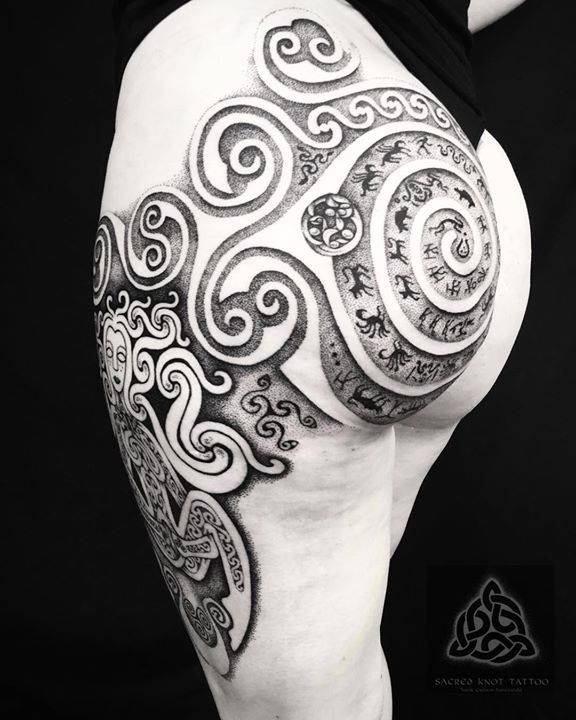 #Here’s another shot of Gina’s work from last week. Within the main spiral in the design there are references to some of the strange creatures and stories that inhabited the imagination of our ancestors.. some of them very recognisable to us today, and some of them...not so much. We used the Gundestrup cauldron as a reference for many of these creatures and scenes. Lions featured heavily in many of the old stories as the basis of a powerful mystical beast. Sailors would surly have told stories of these creatures, and some of them would have even seen them with their own eyes. But in a world where people spoke of lions, elephants, griffins, dragons, giraffes, rhinos, sea monsters, and whales and so on, how could you know which ones where real and which ones pure fantasy? The mystery and uncertainty would have intrigued them as much as the uncertainty of their lives and beliefs intrigues us now. Can’t wait to work on this project some more :) see you soon Gina! #celtic #celticart #celtictattoo #celt #art #dotwork #dotworktattoo #spiral #spiraltattoo #latene #latène #latenetattoo #coverup #coveruptattoo