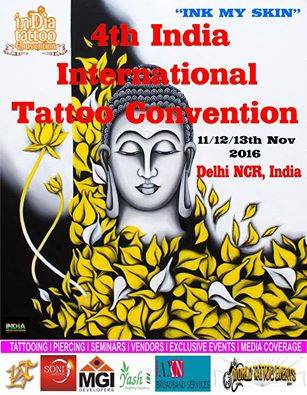 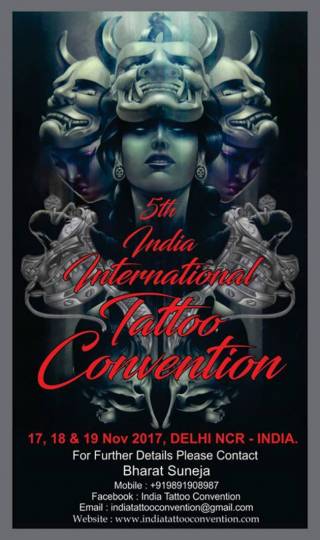 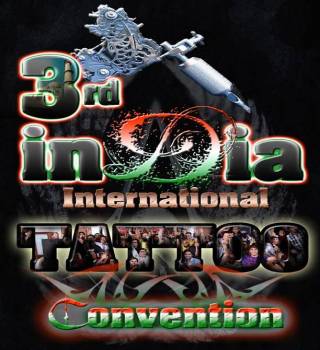 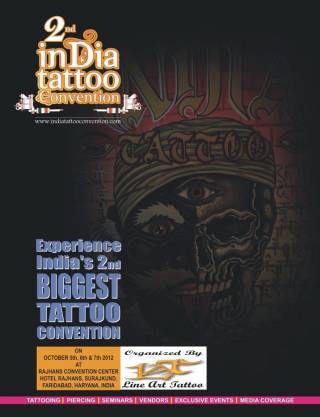 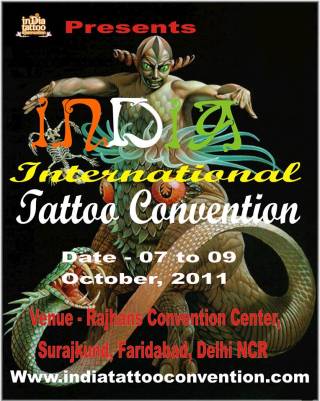 Indian youth has become so crazy about the tattoos. Many Indian celebrities whether from the world of Bollywood, sports or fashion have tattoos on their bodies. Tattoo is such a thing which makes you outstanding. It’s a fashion, passion and tusshan.

In India every tattoo artist required a platform to show tattoo art with International tattoo standard. Tattoo convention is one of the greatest platform to make this art standard. In last three year’s conventions we had more then 11000 visitors from all around the world. This time crowd have already joined us through facebook and email and eagerly waiting for the upcoming event.

4th India International Tattoo Convention will really going to break all the records of tattoo expos of the world we feel so, because we’ve received thousand of phone calls asking regarding the upcoming Tattoo Convention.

In compare to the last conventions, this time we have more tattoo artists who had already book their air tickets to join this mega vent. Thousands of people who are interested to mark their body fresh tattoo are eager to visit us.